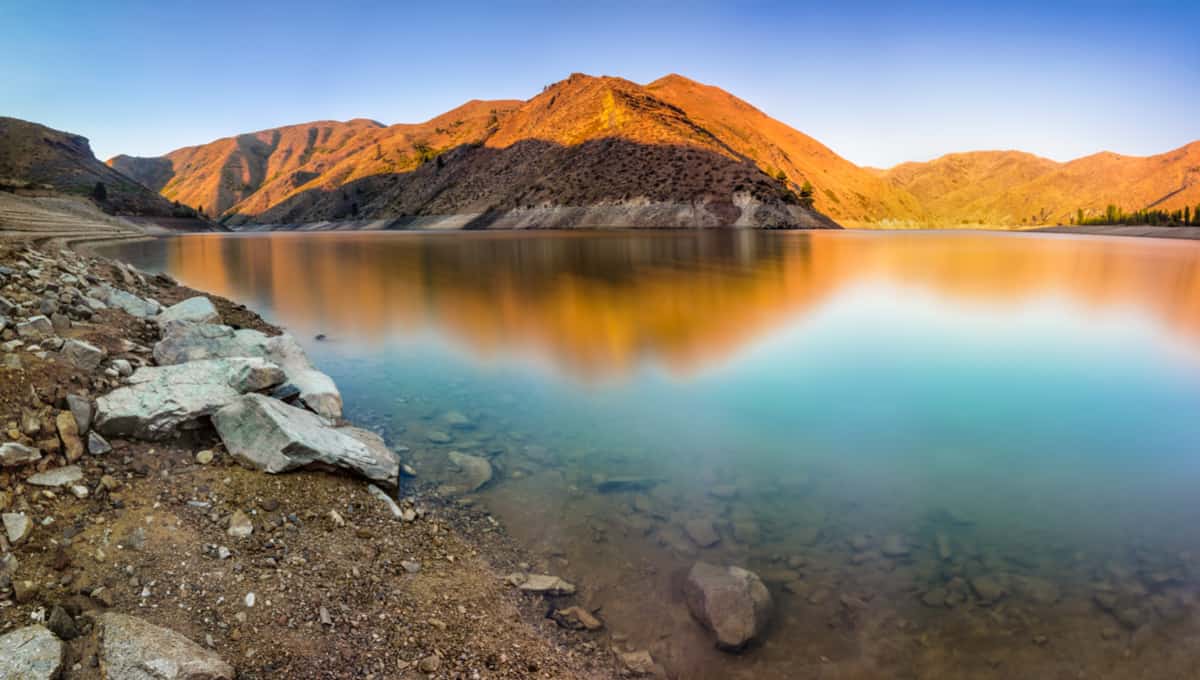 With this claim, you will receive the exclusive property rights of the 20 acres in a great location in Shoshone County, Center Creek. This particular claim contains more than 1,057 feet of river.

The United States Bureau of Mines says Idaho has more gold than in any other state. In recent years, as the price of gold has increased, many old mines have been reopened and the value of gold produced in Idaho has steadily increased. A considerable amount of gold has been recovered from deposits in Idaho.

Idaho gold was first discovered on a shoal on the Pend Oreille River in 1852. In 1860, Captain E. D. Pierce found gold near the town of Pierce in Clearwater County. Other deposits rich in gold were soon mined in nearby areas.

Idaho is a dredge paradise and such a beautiful state. One estimate is that more than 10,000,000 ounces of gold came from Idaho.

The major mineral deposits in Shoshone County lie in the Coeur d’Alene Mountains, along its northeastern boundary. This mineralized area covers about 500 square miles and includes about eight mining districts, collectively known as the Coeur d’Alene region. The county’s gold production from 1881 to 1942 was 393,088 ounces, and from 1943 to 1959 it was 41,133 ounces; a total of 434,201 ounces for 1881-1959.

If you are in Douglas County, check out the Southern Umpqua River and all the waters that drain into it. Both were worked here, along with numerous hydraulic operations.

All except about 4,000 ounces of the 450,000 ounces of Shoshone County gold were mined in the Coeur d’Alene mountains. The mineralized area may be best located in the city of Wallace. In addition to its excellent gold production, the area also had large deposits of lead, silver and zinc reported. Mining activity is lower in the area at this time, but are occasionally worked on.

There are a number of logging logging camps in the area, so it is possible that this may be a year-round claim (comparing it to a claim in the mountains), as the roads are likely to be cleared a few days after a major storm of snow.

Large Lot with 1.47 Acres Modoc County is one of…